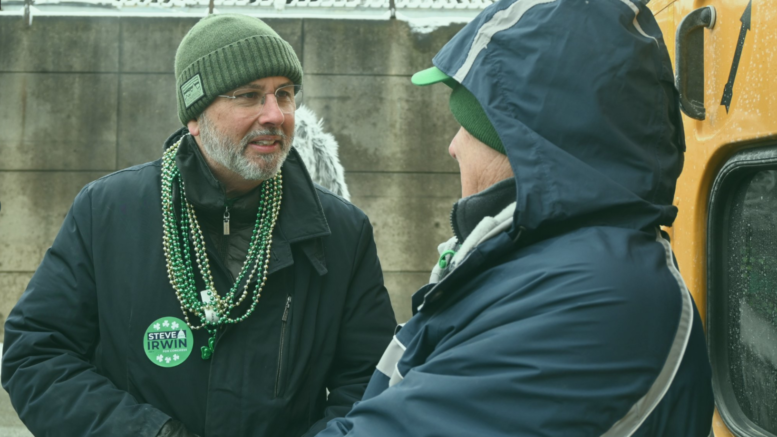 Good morning from the Burgh, where the high-profile national race between Steve Irwin and State Representative Summer Lee has taken a series of turns just as wild as the March Madness basketball games being played in Pittsburgh this weekend.

However, the revelations by Payday of Irwin’s union-busting past created disagreements within the ranks of labor. Some union leaders felt betrayed by backers of Irwin, who had assured them that Irwin had never been involved in anti-union work at his law firm, Leech Tishman, where he is a partner and served as head of their labor law division for more than a decade.

Then in late in the afternoon on Friday, veteran WESA political reporter Chris Potter revealed that a federal judge Cathy Bissoon revealed that her signature had been forged on one of Irwin’s petitions.

“Having a federal judge on there, that’s a new one on me, and I have been doing this a long time,” Chuck Pascal, a lawyer working for Summer Lee, told WESA.

The story created quite a stir as Bisson, an Obama appointee of mixed Puerto Rican-Indian descent, was famous for being the first Indian woman appointed as a federal judge in 2011 by Barack Obama. Coincidentally, Bissoon was the head of the union-busting division at Reed Smith. (It’s unclear if Bissoon and Irwin ever worked together as union busters in the Pittsburgh area)

After the two incidents became public, the Pittsburgh-based AFL-CIO chapter voted later in the evening on whether to endorse in congressional race & declined to endorse Irwin, a stunning blow to Irwin’s ground game in the primary.

The vote reversed a trend in the last two election cycles when the local AFL-CIO had spent heavily against the Black socialist Lee in her state representative races primarily due to her opposition to fracking and call’s for a crackdown on emission from heavily unionized U.S. Steel.

In less than 24 hours, Irwin, who had been leading the race in fundraising and secured the endorsement of major corporate SUPER PACs, saw his campaign chances lose credibility over the two revelations.

I am going to take the weekend to watch March Madness, but we will have more information on Monday’s newsletter about the two incidents.

Please, if you can, sign up as one of our 674 recurring donors today.