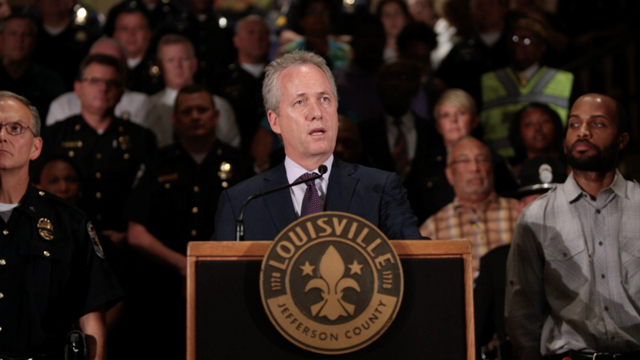 While many are praising the work that essential public employees are doing during the COVID-19 pandemic, some politicians are working quietly behind the scenes to use the crisis to strip public employees of collective bargaining rights.

Last week, Las Vegas’ Clark County, which is controlled by the local Democratic Party, suspended its union contract with over 9,000 health care employees. Later in the week, Clark County moved to suspend union contracts with 11 different unions in Las Vegas.

“There is no authority for [County Manager Yolanda King] to take this action. There was no public meeting of the county commissioners authorizing this action,” SEIU Local 1107 Counsel Michael Urban told the Nevada Independent.

“This is a clear potential violation of not just the contractual rights, but also the constitutional rights of Local 1107 members and clearly will be an unfair practice when additional actions are taken in violation of that contract,” said Urban.

In Louisville, last week, Mayor Greg Fischer, a Democrat, passed an emergency ordinance that would allow him to suspend collective bargaining agreements.

So far, Fischer has yet to use the ordinance, but local AFSCME leaders in an email to rank-and-file members described the move as “disturbing.”

In York County, Pennsylvania, local elected officials have ignored the union contract outright, forcing 911 dispatchers to now work a mandatory 60 hours a week with no flexibility in choosing when they work.

911 center dispatch is traumatic work, and many dispatchers say they need the time off to recover off emotionally.

Patrica Hurst said that with the newly imposed work schedule, she felt forced to quit her job, contributing to continued employee retention problems at the York County 911 Dispatch Center.

“There are tears after giving a mom CPR instructions on her infant because they stopped breathing, just hoping help will get there soon,” she said. “It is not unusual to hear a caller give their last breath or listen to the tears of an elderly husband or wife realizing their loved one is passing.”

“That would create lasting friction with organized labor,” says Duff. “There will be life after this crisis, after all, and unions will remember what was done.”