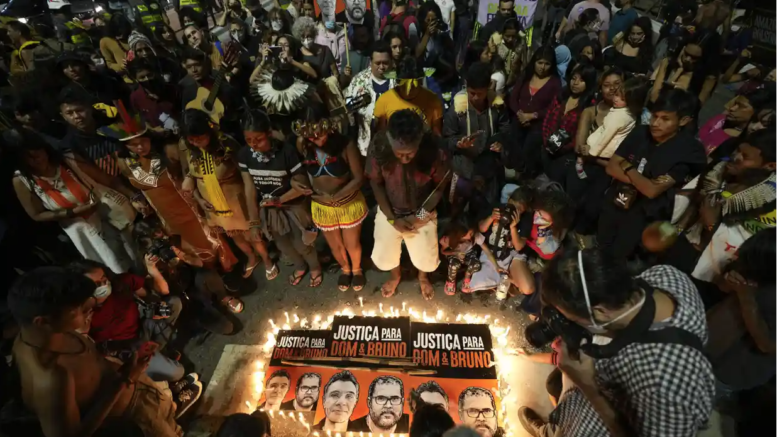 Brazilian workers at FUNAI, the government body responsible for the protection and interests of indigenous Brazilian people, have gone on strike. The workers have gone on strike following the murders of Guardian Journalist Dom Phillips and indigenous activist Bruno Periera while reporting illegal poaching and environmental abuse in the Amazon.

Workers say that the death of Phillips and Pereira highlights how dangerous the working conditions are for those trying to protect the indigenous.  From CNN:

In a statement ahead of the action, strikers had called for “the immediate protection of our indigenist colleagues, Indigenous Peoples and their leaders, organizations and territories,” and demanded the resignation of FUNAI’s president, Marcelo Xavier.

One FUNAI worker on strike told CNN they did not feel that their safety was taken seriously.

“We travel in precarious boats, without equipment such as a radio or satellite phones,” the worker said, speaking on condition of anonymity because they are not permitted to speak with the press. The worker complained of a “lack of basic infrastructure, transport, protective equipment (and) inspection crew.”

Between 2009 and 2019, 300 environmental activists were killed while working in Brasil according to Human Rights Watch (HRW), citing figures from the Pastoral Land Commission, a non-profit affiliated with the Catholic Church.

According to Human Rights Watch, Brasil is the 4th most dangerous country in the world for environmental activists.

Despite the risks, Payday Report is traveling to Brasil in September to cover the presidential election because of how important it is to get international attention to the election there.

Donate to help us travel safely in Brasil this fall to serve as an election observer.