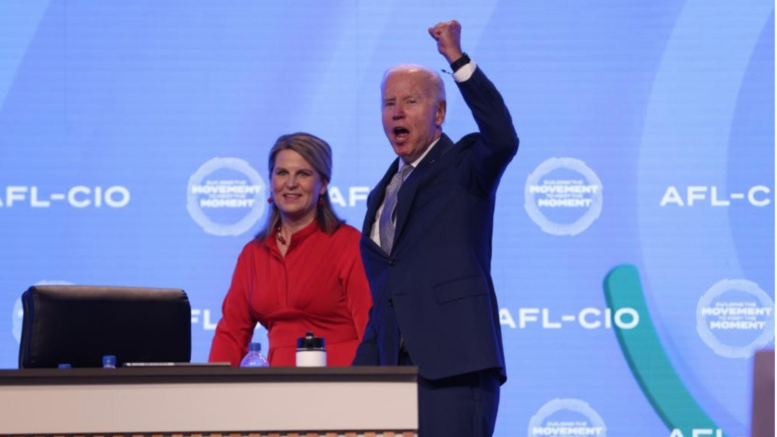 Greetings from Philly, where Payday is wrapping up the last day of the AFL-CIO Convention. We got a lot of stories and story ideas out of this conference, which we’ll be publishing over the next week or two.

Donate to help us cover our travel costs back to Pittsburgh tomorrow.

However, after much pushback from union leaders, the measure was defeated in what union democracy activists see as a win.

Press Booted from Sensitive Sessions of the AFL-CIO

However, in a troubling move for union democracy and labor press freedom, reporters were booted from several sessions, including a discussion today of the AFL-CIO’s finances.

As a labor reporter, I believe firmly that workers have a right to know everything that is happening within a labor organization. Freedom of the labor press is essential to providing union members with the necessary information to make decisions about their unions.

In future years, Payday Report hopes that not just AFL-CIO, but all labor organizations do better in providing access to reporters.

Yesterday, Payday reported that Shuler had criticized the AFL-CIO’s approach to organizing. Today, veteran labor reporter Steven Greenhouse is out with a new piece in the Guardian where labor leaders criticize the AFL-CIO extensively.

“We’re not in a place where the AFL-CIO is going to take the lead on the strategy for the next generation,” American Flight Attendants Association President Sara Nelson told Greenhouse.  “That means we’re not doing enough.”

Check out Greenhouse’s full piece in the Guardian.

Alright folks, that’s all for now. We will have more from the convention in the coming days.

Donate to help us cover our travel costs back to Pittsburgh. Finally, if you can, please sign up as one of our 696 recurring donors.

Keep sending ideas, tips, suggestions, and comments to [email protected]. Thanks for all the support & suggestions.