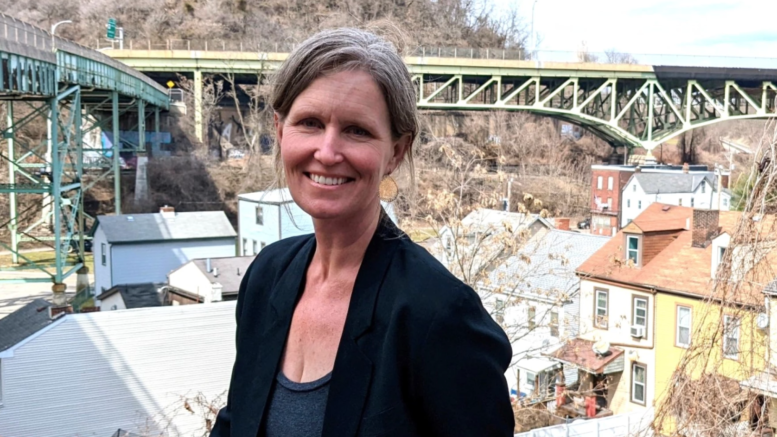 THE RUN, PITTSBURGH – Yesterday, Barb Warwick, a 45-year-old working mother of four and progressive activist, won the Democratic nomination for City Council, most likely assuring her win in the special election come November.

Warwick’s victory is part of a growing progressive insurgency in Pittsburgh that, in recent years, has flipped the mayor’s seat, the congressional seat, as well as several judges, state representatives, and county council people.

For nearly three decades, the city council district “The Run” has been represented by residents from Squirrel Hill who had been family members and close associates of former Mayor Bob O’Connor, who died tragically of brain cancer in 2006, only six months into his first term. O’Connor’s son Cory O’Connor held the city council seat for ten years before resigning to serve as Allegheny County Controller.

The seat, which encompasses the affluent trendy parts of Squirrel Hill near the universities and tech hub of Pittsburgh, also includes some of the poorest regions of the Mon Valley that have been decimated by deindustrialization.

“The community really has been neglected by politicians,” said retired deputy sheriff Dale Pugh, who was providing security at Warwick’s victory party.

Warwick, who had never held political office or worked in politics, was inspired to run after watching the victory of Black Mayor Ed Gainey and the political success of Summer Lee. Key to the strategy of  Warwick, who had little major financial backing, was knocking on over 1,700 doors to get elected, often bringing some of her children in tow to talk politics with her neighbors.

As she entered Zano’s dive bar in The Run on Thursday night, cheers celebrating her win flooded the room. Warwick kept her victory speech short.

“Thanks everybody, phew, I need a beer,” an exhausted Warwick told the crowd.

Warwick hails from California and has been active in community events, particularly involving her four kids, aged 5 to 10. Many of the people supporting Warwick got to know her through her kids.

“We both have young kids. So, mine are seven, and nine. And she has kids who are around the same age. So, you know, our kids have been playing together since they were really little,” said 41-year-old Marianne Holohan.

Holohan ran for election as a local Democratic party committeewoman as part of a county-wide effort by young progressives to take back the powerful party committee.

“She is a person of action. Some people in politics have big ideas,” said Holohan. “And they always want to talk to you about these ideas, but then nothing ever comes of it. Barb is the kind of person who’s, like I said, I am gonna do something.”

This winter, Warwick decided to run for city council, despite having no political experience or significant financial backing.

“I am just gonna do it. Go out and knock on doors and talk to as many voters as I can,” Warwick told me this past winter when she dropped off groceries for me when I was very ill with COVID this past winter. Full disclosure, Warwick and I had become friends the previous summer when she came to Payday’s annual cookout.

“No idea if I can win, but I am just gonna try. I’m just gonna go out here and see what happens,” she said then.

Warwick first became involved in politics in 2015 when a planned test track for driverless Uber prototypes and a driveless busway busway called the Oakland-Mon Valley connector threatened her community. The project, championed by Uber and nearby tech powerhouse Carnegie Mellon University, would have damaged the park where Warwick’s kids played.

So Warwick, a transplant from LA who moved to Pittsburgh in 2014 to work as a writer and editor in the tech sector, started talking to other parents and community members about the project. Eventually, she organized an effort that first defeated Uber’s test track and then the Mon Valley Connector, handing the much-heralded tech sector in Pittsburgh a rare defeat.

“Barb impressed a lot of people here in The Run when she did that,” said Holohan.

The Run houses 362 residents and has become one of Pittsburgh’s smallest and fastest-growing neighborhoods. Nestled under two major highway overpasses in a valley connected via a mile-long park to the University of Pittsburgh, The Run is a working-class neighborhood full of the descendants of unionized steelworkers who worked at the Hazelwood Coke works. The neighborhood took a serious hit in 1999 when the last steel mill closed.

When it rains in The Run, houses often flood and the city has done little to fix the problems. However, the city did find $23 million to build the test Mon Valley-Oakland Connector, a prized project of Uber and the tech hubs located at CMU, located over a mile away.

The project was designed to link CMU more closely to the tech hubs on the old abandoned Hazlewood Coke works site. But a coalition led by Warwick defeated the proposal, and it was abandoned by newly elected Mayor Ed Gainey in one of his first acts as Mayor of Pittsburgh.

The tension between blue-collar yinzers and the tech workers moving to Pittsburgh from out of town can often be high in Pittsburgh, but Warwick took time to gather insight and listen to people about their concerns in a community being hit by gentrification.

“She built relationships. She didn’t run a race about personalities. She actually went and talked to people and people liked that,” said 36-year-old Dylan Rooke, a member of IATSE and IWW, who was also was elected to Democratic committee as part of a county-wide progressive push.

Rooke and Warwick were both inspired to get more involved in democratic politics after volunteering on the campaigns of their state representative, Summer Lee. Warwick said the experience of talking to so many people taught her a lot.

“The number one issue across the board in every single neighborhood was traffic, you know, cars flying down the streets, in every neighborhood,” Warwick told me as she drank beers at her victory party.

A few weeks earlier, the neighborhood of Hazelwood was rocked when a 6-year-old Black child was struck and killed by a hit-and-run driver in July.

For years, Black residents of a nearby housing project had complained about the speeding on their road, where kids often played in the street, and the need for speed bumps to prevent it.

However, the resident’s concerns were ignored. At the same time, the city continued to push for the $23 million project championed by Uber and the tech companies redeveloping Hazelwood Green, which will likely open the neighborhood up to more gentrification.

“She’s from here, she lives here, she actually gets it,” said Pugh, a self-described conservative Democrat. “And she’s willing to fight for this community which really needs someone to fight for them.”

Now, as the democratic nominee, Warwick will likely win the special election in the fall, and she’s especially excited to listen to people.

“It’s so much fun to get out and just talk to people,” said Warick. “People are so used to being steamrolled here for so long by public officials in community meetings and now we are really going to have a dialogue.”

Donate to Help Us Cover the Fight Against Inequality.