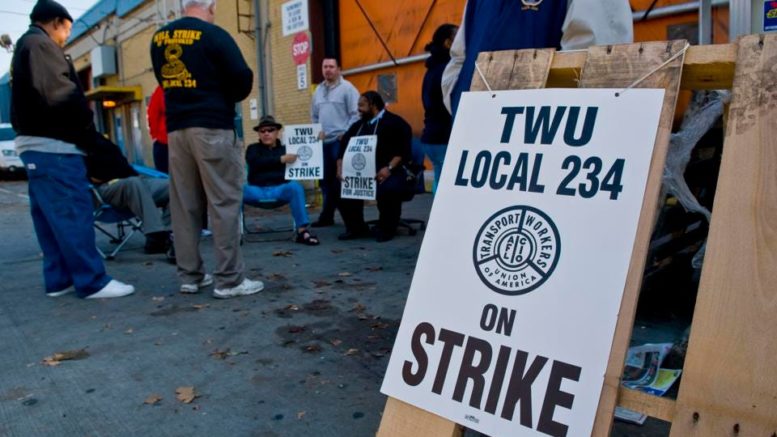 Greetings from the Burgh, where Payday is getting back into the swing of things after meeting with film workers and union activists on the West Coast for a week.

We are coming down to the end of the month and have just $800 left to meet our payroll. Help us focus on reporting, not fundraising.

Please chip in and donate today.

Thank you to everyone who keeps our work going.

In Philly, 5,000 transit workers have voted to authorize a strike as their union contract will expire November 1.

The workers are demanding higher pay, paid parental leave for all bus drivers, and a one-time bonus for working during the pandemic.

For more, check out WCAU.

As to why they feel comfortable striking, one reason may be that a number of nearby hospitals are offering higher bonuses, some as high as $25,000 for skilled nurses.

“We have stood by VCU, trusting that you would stand by us; now we are burnt out and do not feel valued or supported,” the nurses wrote in a petition that was signed by more than 5,000 nurses at the hospital. “VCU health system emphasizes the goal of being the safest hospital in America, but how is that possible if you are not willing to pay to keep our most tenured and experienced staff?”

For more, check out WTVR.

The sickout strike appears to have captured the attention of school management, as they made promises in the press to improve things.

“They do have concerns about the working conditions, and they’re valid. It’s tough. They’re all overworked,” Lee County’s transportation director Roger Lloyd told WINK. “We can work with the schools, we can do things better here at the compound to help them out. So yes, we’re working on solutions for most of their concerns.”

For more, check out WINK.

In the suburbs of Hartford, Connecticut, workers at a Dollar General this week have narrowly voted down the union. However, the outcome of the union election could change based on two ballots that were challenged by management.

Management lobbied heavily against the union drive and even hired the infamous union-busting firm LRI Consulting Services Inc., based out of Broken Arrow, Oklahoma, to fly up to Connecticut to run the anti-union campaign.

For more, check out The Hartford Courant.

Donate to Help Us Build a Strike Travel Coverage Fund

Please consider signing up as one of our 629 recurring donors today.

Thanks again for all of the support.