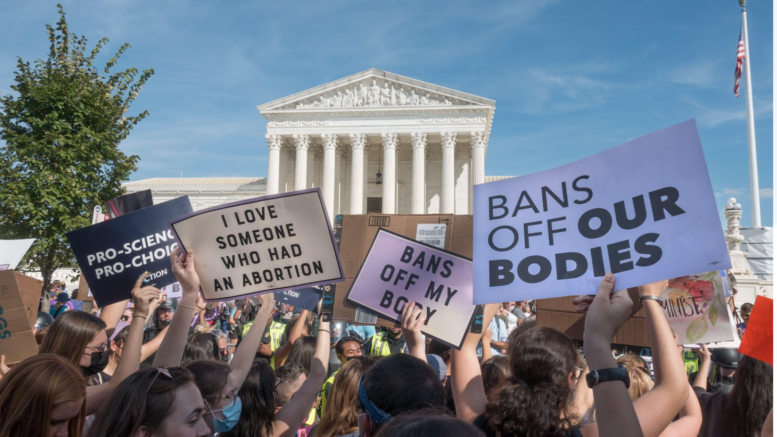 Greetings from the Burgh, where I am getting back in the swing of things after a rough COVID bout these last few days. I have been taking time off when necessary to rest up and feel better.

We have $341 left to raise for our payroll goal with about 8 hours left to go. If you can donate, please do so today.

And if you can, sign up as one of our 688 recurring donors.

In some countries with restrictive abortion laws, workers have gone on strike to demand abortion rights.

The “Strike 4 Repeal” campaign successfully got Ireland’s anti-abortion law repealed in 2018. Similarly, in 2016, mass strikes in Poland got the country’s legislature to vote down a bill that would have stripped abortion rights.

Already, several major labor leaders and union federations have come out with statements denouncing a leaked Supreme Court decision that would repeal Roe vs. Wade and open the door for anti-abortion laws in states throughout the US.

“Access to healthcare without fear and intimidation is every person’s right,” said AFL-CIO President Liz Shuler.  “We must be able to control our own bodies — which has a direct impact on economic justice and the ability of working people to make a better life for themselves and their families.”

If Roe vs. Wade is repealed, it will be interesting to see how our nation’s unions respond.

Biden to Invite Unionizing Workers to the White House

The Biden Administration today announced that they are inviting workers that have taken part in unionization efforts to the White House on Thursday. Attendees will include workers at Starbucks, REI, and Amazon, as well as Amazon Labor Union leader Christian Smalls.

The move comes as workers both at Starbucks and Amazon are likely to face uphill battles to achieve first contracts at both chains.

“President Biden’s decision to invite these workers to the White House sends a very powerful message to the working class of America: If you are prepared to exercise your rights to organize your workplace for basic dignity and respect on the job, then you will have the full weight of the United States government on your side,” said More Perfect Union Executive Director Faiz Shakir in a statement.

This week, over 1,000 UAW members employed by Case New Holland Industrial are on strike in both Racine, Wisconsin, and Burlington, Iowa. They are demanding higher pay and better working conditions.

“Our members are working in solidarity and ready to hold out and fight for a contract they believe meets their needs,” Ron McInroy, director of UAW Region 4 told KWQC. “Our members and their families appreciate the community support they have already gotten. Strikes are never easy, but the fight for better working conditions at work is worth it.”

For more, check out KWQC

Earlier this month, Dollar General store manager Mary Grundel was fired after a video in which she denounced the company’s labor practices went viral on TikTok. Since then, more than 45,000 people have signed a petition calling her firing unjust.

Now, some Dollar General store workers under the banner of #putinaticket (a play on the company’s response to workplace abuses) are walking out in what some hope is the beginning of a national movement. Dollar General employees in both rural Marion, North Carolina, and Roanoke, Virginia walked out yesterday in the first coordinated national action by the group.

“Our intentions are not to walk out and leave because we love our stores and we love our customers. We just want better for them,” Roanoke Dollar General worker Cassie Barton told WSLS.

For more, check out WSLS

“RATP Dev left us with no other options but to walk off the job at the DC Circulator,” said ATU Local 689 President Raymond Jackson in a statement. “We encourage commuters to seek other forms of public transportation throughout the city. After months of negotiations, it has become clear that RATP Dev has been negotiating in bad faith, committing multiple unfair labor practice (ULP) violations in the process.”

For more, check out WTTG

Alright, folks, that’s all for today. Donate now to help us meet our payroll goal. Please, if you can, sign up as one of our 688 recurring donors today.

Thanks again for all of the support.