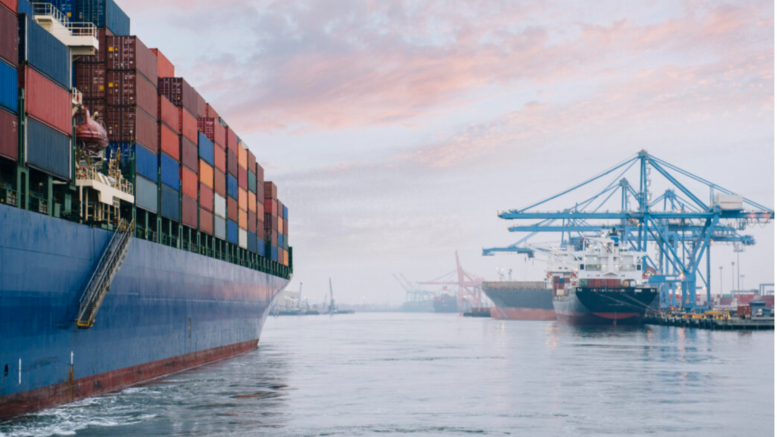 Greetings from Bozeman, Montana, where Payday is winding down from an exhausting two-week journey through the Rocky Mountains. We’ll have plenty of stories to file after returning from this trip.

If you can, donate a few bucks to help us with the costs of this trip. The best way to support us is by signing up as one of our 671 recurring donors today.

On the West Coast, over 20,000 longshore workers refused to unload Russian ships in solidarity with Ukrainians being invaded by Russians.

“With this action in solidarity with the people of Ukraine, we send a strong message that we unequivocally condemn the Russian invasion,” said Willie Adams, president of the International Longshore and Warehouse Workers Union, in a statement released last week. “West Coast dockworkers are proud to do our part to join with those around the world who are bravely taking a stand and making sacrifices for the good of Ukraine.”

For more, check out VICE.

“We are professionals that hold a CDL driver’s license and we get paid, like, we can go to McDonald’s and make more money than what they paying us and this is ridiculous,” Everett Armand, an owner/operator, told WVUE.

For more, check out WVUE.

In Seattle, a strike of 300 concrete workers, members of the Teamsters, has entered its fourth month.

Although the strike has idled construction projects involving thousands of workers throughout the Northwest, workers say they see no signs of backing down even though some construction union members continue working on construction sites that striking Teamsters are protesting.

“It’s tough seeing a union brother take your work while you’re out on the street instead of having your back,” Teamster Local 174 spokesperson Jamie Fleming told KIRO. “Any action that anyone takes that makes the strike last longer, they’re just shooting themselves in the foot.”

For more, check out KIRO.

Because the MLB and the players’ union were still far from reaching a deal to end the lockout, the MLB chose to cancel the first week of the season.

Now, the MLB Players’ Association says they will contribute $1 million to help ballpark workers out of work because of the owners’ lockout.

“There are a lot of people who make our game great. Many aren’t seen or heard, but they are vital to the entertainment experience of our games,” MLBPA Executive Board leaders Andrew Miller and Max Scherzer said in a statement released last Thursday. “Unfortunately, they will also be among those affected by the owner-imposed lockout and the cancellation of games. Through this fund, we want to let them know that they have our support.”

For more, check out CBS Sports.

Alright folks, that’s all for today from Montana. We will have more dispatches and updates soon.

If you can, donate today so we can pay for gas, rental car, and food.

Please, consider signing up as one of our 671 recurring donors today.