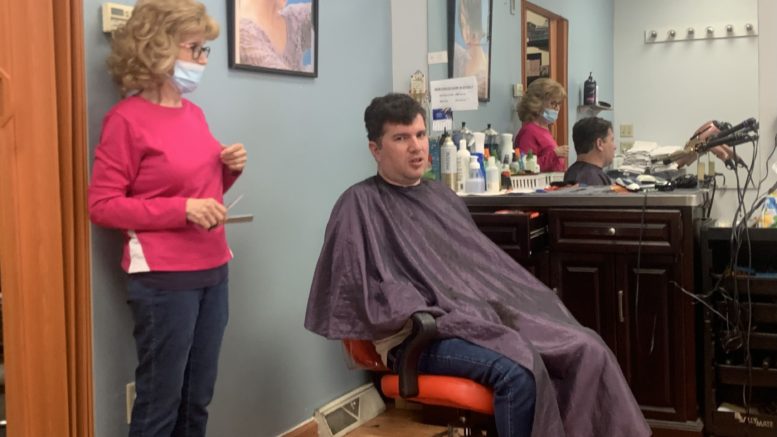 For years, Payday Report has paid a part-time editor an equitable hourly rate of $32. Clarissa León did an excellent job editing us here for the past two-and-a-half years. Recently, she left Pittsburgh and moved to New York City to work full-time for the local NYC area labor publication, the Chief-Leader, and we couldn’t be more proud of her.

Her replacement is Lenny Flatley, based right here in Pittsburgh.

Payday Report has always been a non-traditional labor publication, and our new Coop Editor certainly comes from a non-traditional background. Lenny spent most of his twenties working blue-collar jobs before becoming a security guard at the Carnegie Museum. During his shifts at the Carnegie, Lenny wrote his first self-published novel, which got him noticed and hired as a contributing editor for an online publication called Engadget in 2008.

Since then, Lenny has written for a number of publications and was a founding editor of The Verge. Recently, he launched his own publication Failed State Update, which relies on a similar crowdfunding model to Payday Report. In addition, Lenny has written several nonfiction books, including New Age Grifter, which was published by Feral House earlier this year.

To pool resources among crowdfunded publications and help build the independent media movement, I have hired Lenny part-time to do our editing. The title “Coop Editor” signifies that our publications are working together to build out a new reader-supported media ecosystem.

Of course, I need to pay Lenny, so your donations are as important as ever. Lenny’s got a dog to feed, bills to pay, and like many reporters, he’s got a very old used car that seems to be in constant need of repairs.

His payday is on Thursday and we are still $183 short of what we owe Lenny for the past two weeks, so please donate today so that we can pay Lenny.

Donate to help pay Lenny. Lastly, sign up as one of our 707 recurring donors so that we can keep on paying Lenny.